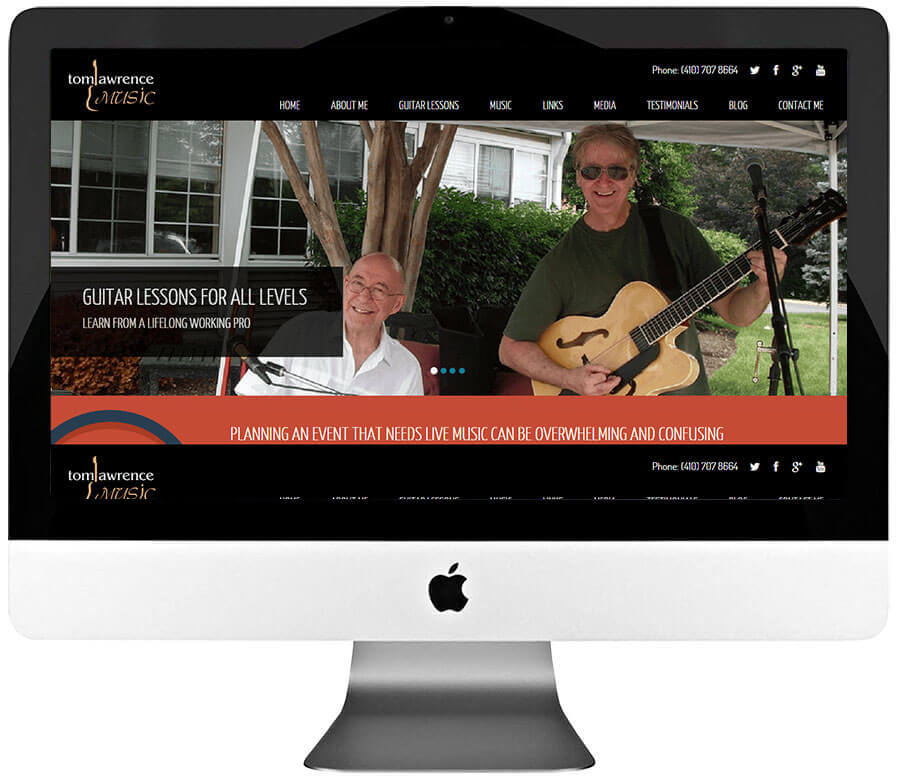 Tom Lawrence Music is the place for guitar lessons in Columbia Maryland. Tom is a guitarist who has made a living playing and teaching music for over 30 years.

Tom began playing guitar at 11 years old and by age 15, was earning money playing in his band and was also invited to record on an album of Baltimore’s best bands. After completing high school Tom attended Peabody Conservatory, after one year the jazz bug bit Tom and he started to study with Walt Namuth (guitarist with the Buddy Rich Band) and Larry Wooldridge (Baltimore icon jazz guitarist). While studying jazz he played six nights a week in show bands traveling up and down the east coast developing his style. Larry inspired Tom to move to Los Angeles where he enrolled in Dick Grove Music School for 1 year. Over the next 7 years Tom continued his career as a session guitarist for Motown and Rhino Records. His guitar work made it on MTV with “The Honeys” and in movie soundtracks, radio jingles and TV commercials.